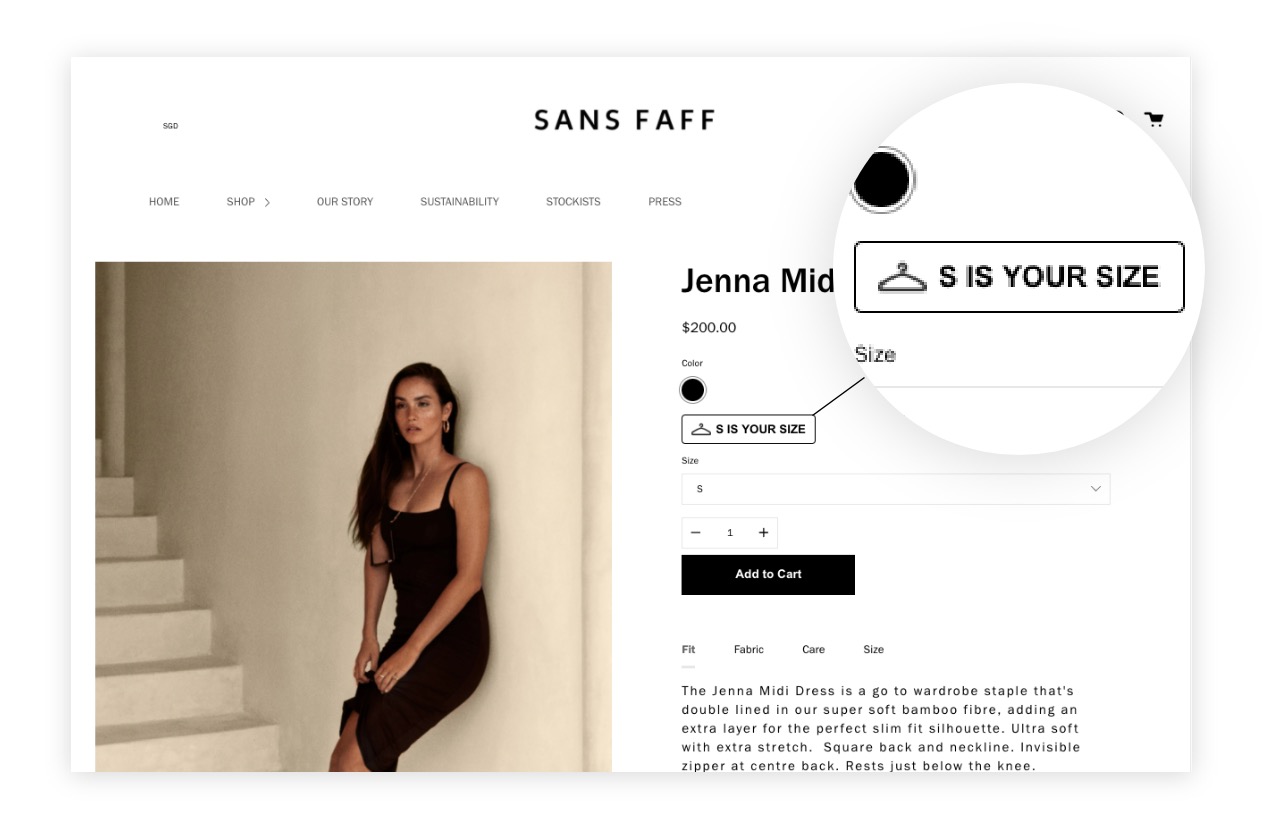 How many times have you ordered clothes or shoes online, only to find that what you bought doesn’t fit?

But not only is returning merchandise inconvenient for the customer, ecommerce companies pay a hefty price for them as well. In fact, the cost of return deliveries in the Asia-Pacific region rose to US$256.4 billion in 2019 from US$130.6 billion in 2016, as per data from Statista.

In a bid to solve this problem, Singapore-based fashion tech startup Pixibo opened its first experiential store in January at The Centrepoint mall in the city-state’s Somerset shopping district.

Pixibo Fit Centre is where customers can opt for Pixibo’s Try Before You Buy service, and this new checkout feature enables shoppers to pay for their purchases only after they had tried them on.

The company hopes to reduce the time and cost spent on customers’ merchandise returns, as “about 50% of the time, when people return a product, it’s because of wrong sizing,” Rohit Kumar, CEO and co-founder of Pixibo, tells Tech in Asia. With Pixibo Fit Centre, the returned products can go back into the online fashion brands’ inventories almost instantly, he adds.

Pixibo is further planning on opening two more stores in the eastern and western areas of Singapore.

The company’s shift in strategy toward expanding into brick-and-mortar stores was made possible after it had raised US$1.4 million in its extended series A round from early-stage VC firm Atlas Venture, a source with knowledge on the matter tells Tech in Asia.

The funding will be used to further develop its Pixibo Fit Centre, for which the company has signed a two-year lease with Frasers Property. It will also be used to hire staff for 12 new positions in its sales and engineering teams.

“Returns for online fashion retailers present a massive problem, with 40% to 50% of clothes being returned on average. We believe the new Fit Centre will take the company one step closer to its aim of providing the world’s first comprehensive returns management solution for online fashion retailers,” said Maxim Shkvaruk, investment director at Atlas Ventures, in a statement.

Pixibo launched in 2016 with the aim of achieving zero returns for online fashion brands. It began with its software-as-a-service (SaaS) platform Find Your Fit, which uses AI to recommend the right size and fit to shoppers. The solution is used by fashion marketplaces such as Zalora in Singapore, FashionValet in Malaysia, MAP in Indonesia, and Shinsegae in Korea, among others.

The company claims that over 30 online fashion brands have already signed up for its Try Before You Buy service since its launch, and that it is on track to add 50 retailers by the end of Q1 2021 and 100 more retailers by June this year.

Some of the online fashion brands that have signed up for the service include Goya the Label, Graye Studio, Ally, Waistlab, Kinquo Designs, Babe Cave Swim, and Whispers & Anarchy.

The Pixibo Fit Centre is more than just a fitting center for customers, as it also sublets the space to online fashion brands so they can display their products at the store. It charges them a four-figure amount every month for a three-month period, which allows Pixibo to cover the costs of operating the store, says Kumar.

The fashion tech firm is looking to raise more funding by the end of the year as it plans to expand its retail store service in South Korea, Indonesia, and Australia.

It is also looking to scale the Try Before You Buy service concept by partnering with independent mom and pop fashion shops.

“The challenge for these shops is the footfall. When we launch the Fit Centre partner network, our pitch to them will be very simple: What we can do is bring the shoppers into your stores; you just need to let them use your fitting rooms,” says Kumar.

He says this concept was inspired by the Amazon Counter service, where customers can pick up their packages at its partner retail stores such as Macy’s or Kohl’s.

“When they [Amazon] launched the idea, the conventional wisdom was that it would never work. Today, the store sales for retailers that have Amazon Counter enabled are up versus those that don’t have it,” explains Kumar.

The company further plans to introduce unmanned automated kiosks, which will be open around the clock. These kiosks will have fitting rooms attached so that customers can pick up their packages and immediately try the clothes on. If an item doesn’t fit, they can just leave it.

Prior to its latest round of funding, in August 2018, the fashion tech startup raised its series A round, which brought in a seven-figure amount and was led by Start Today Ventures. This was then followed in January 2019 when Pixibo raised an undisclosed amount from Indonesian firms EverHaus and Prasetia Dwidharma, along with several angel investors.

As per VentureCap Insights data, Pixibo had raised a total of US$1.1 million from its earlier series A rounds.