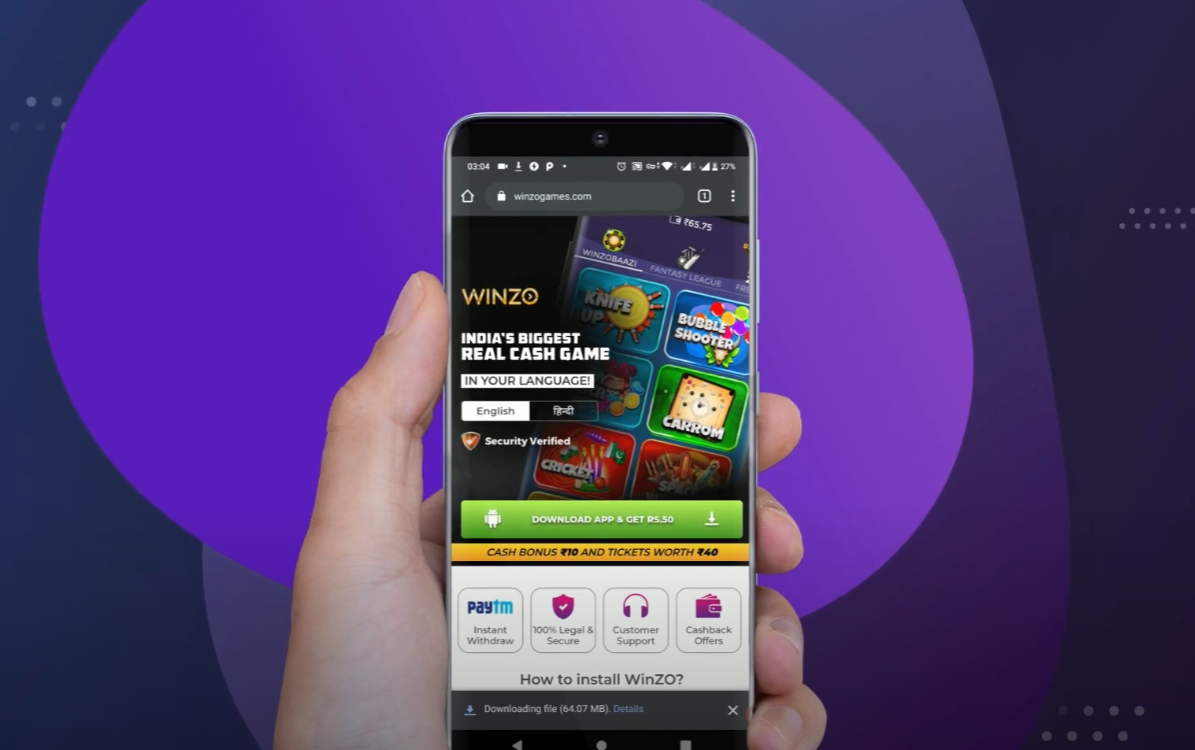 Delhi-based vernacular gaming platform WinZO has raised $18 million in a Series B investment round led by global interactive entertainment fund Makers Fund based in Singapore, and New York-based Courtside Ventures. Both funds are making their first-ever investment in India through WinZO.

With the funding, WinZO plans to strengthen its content pipeline, captivate mobile-first consumers and their gaming needs, and become the go-to gaming app in India. The startup claims that its revenue has grown 1,500 percent and acquired 20 million users in the last 12 months, who spend over 45 minutes every day on WinZO’s platform. WinZO said it has achieved this on the back of its network of vernacular micro-influencers and 30-plus partner game developers through which it strives to become the go-to gaming platform for Bharat.

Kalaari Capital, which first invested in WinZO in 2018 and led the company's Series A in 2019, also participated in the round. WinZO is Kalaari’s second-largest bet in gaming after Dream11. WinZO's co-founders Paavan Nanda and Saumya Singh Rathore also joined the round.

Launched in early 2018, WinZO partners with third-party game studios to host their games on their Android app, creating a Netflix-like experience for users who can enjoy multiplayer formats with their friends or strangers in a localised fashion. The platform is available in 12 languages.

Clocking over one billion micro-transactions per month, WinZO offers 70-plus games across various multiplayer formats. This vernacular social gaming platform focusses on building a community of gamers and game influencers in Tier-II to Tier-V cities of India.