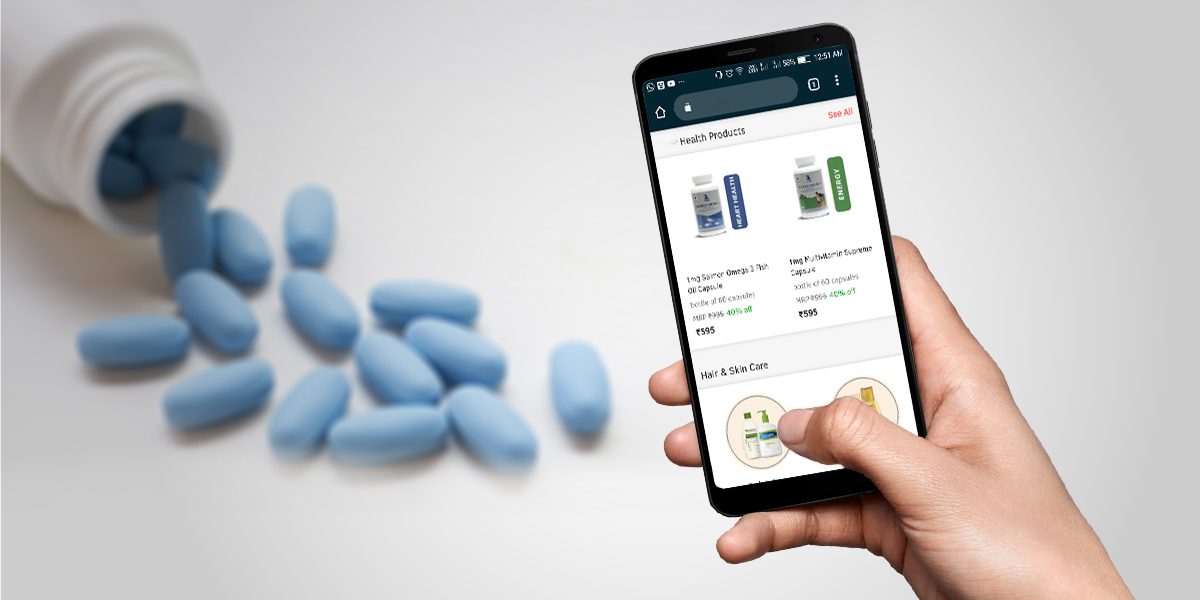 After Amazon India, Walmart-owned Flipkart is reportedly looking to enter the epharmacy space as the demand for online medicine delivery services has grown stronger due to the ongoing pandemic. While Flipkart is building its team internally, it may also partner with Mumbai-based epharmacy startup PharmEasy for its latest venture.

According to the latest Economic Times report citing sources, Flipkart CEO Kalyan Krishnamurthy has held multiple rounds of discussions with PharmEasy’s founding team led by Dharmil Sheth. Since the epharmacy segment lacks clear guidelines, Flipkart wants to be sure about all legal frameworks before rolling out the service, and avoid any clash with traditional chemists, a person aware of the matter told the publication.

Flipkart is also open to any investment opportunity in PharmEasy, but the details for the same have not been finalised yet. Without commenting on the discussion for a partnership, Flipkart spokesperson said, “We are not in talks with any epharma player with an investment view as of now.” Meanwhile, PharmEasy’s Shah said, “as part of the industry, we keep talking to everyone.”

Reportedly, PharmEasy is also in advanced discussions to sign a merger with Bengaluru-based rival Medlife to get a larger pie of the market. According to a Business Standard report citing sources, the duo has been in talks for a merger deal valued at $200 Mn to $250 Mn to create one of the largest healthcare companies. With this, Medlife will retain 20-30% stake in the combined entity, the report has added.

Meanwhile, Flipkart’s US-based rival Amazon India launched its online pharmacy service named ‘Amazon Pharmacy’ last week. The online pharmacy will be piloted in Bengaluru first and will be expanded to other cities later. However, this has not gone down well with All Indian Organisation of Chemist and Druggists (AIOCD), who wrote to CEO Jeff Bezos calling out the launch of Amazon’s epharmacy business as “illegal”.

The association, which has nearly 850K Indian chemists, noted that the government had only allowed sale of medicines online during the lockdown as it amounted to an emergency, and that home delivering medicines would be in contempt of the Delhi high court’s decision that put a stay on online pharmacies. Besides this, the association noted that there is no criteria for epharmacies under the Drugs and Cosmetics Act of 1940.

Even Reliance is looking to expand its grocery delivery venture JioMart to include other categories including medicines. According to media reports, Reliance is also in talks to acquire NetMeds for somewhere between $130 Mn to $150 Mn.

Meanwhile, Prime Minister Narendra Modi, on August 15, launched National Digital Health Mission (NDHM) to revolutionise the Indian health sector. Under this, the government will allow the patients to access health services remotely through teleconsultations and epharmacies while offering other health-related benefits.