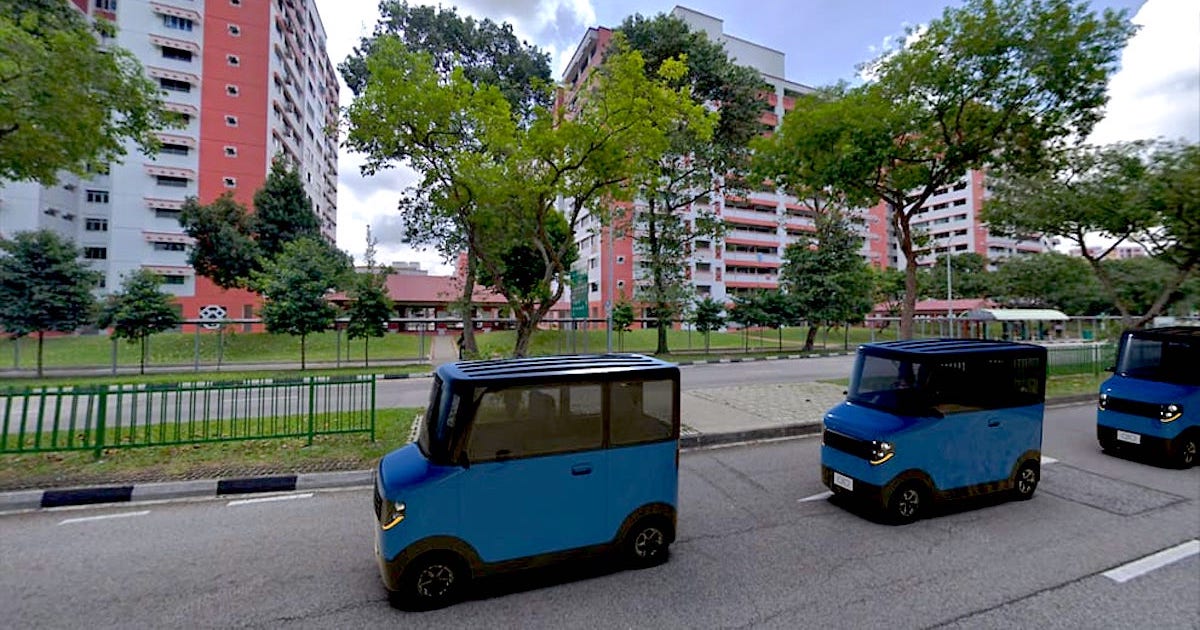 Called the QIQ Pods, they are only 2.4 metres long and 1 metre wide. Currently, the firm already runs e-bike and e-scooter services in Hanoi.

According to co-founder and CEO Justin Sim, the QIQ Pods aims to solve “inefficiency” in the public transport network.

He added that the business model is similar to electric car-sharing startup BlueSG.

Renting a QIQ Pod is estimated to cost S$2 for an ad-hoc ride lasting 30 minutes. For long-term use, it costs between S$30 to S$50 per month for multiple rides a day.

The rates sound relatively competitive, in comparison with other transportation services like Grab and BlueSG. Grab rides cost upwards of S$15 for 30-minute rides.

QIQ Pods can also autonomously park themselves at the nearest charging stations. Riders simply have to leave their cars by the curb.

Geo-fencing, which uses GPS or radio frequency identification technology, will be used to create a virtual boundary that confines the QIQ Pods to short trips.

The QIQ Pod has yet to be approved by the Land Transport Authority (LTA) but Justin remains confident that the microcars will obtain approval.

The vehicle weighs no more than 250kg and has a top speed of only 40 km/h. That’s a lot lighter and slower than two-seat microcar Renault Twizy, which failed to gain approval for use in Singapore in 2014.

At the moment, Justin plans to roll out 300 to 600 microcars in Punggol.

A method called platooning will be used to distribute QIQ Pods to the requisite locations, which involves a human-driven car leading a convoy of microcars through wireless communication.

On off-peak hours, QIQ Pods will also be maximised for efficiency and used to perform online deliveries.

The microcars can also be potentially used for logistics and purposes, costing upwards of S$180 for rental per month.

Still, the QIQ Pods may be subject to the same shortcomings as services like BlueSG. Simply put: there may not be enough charging ports in Singapore to support the electric vehicle grid.