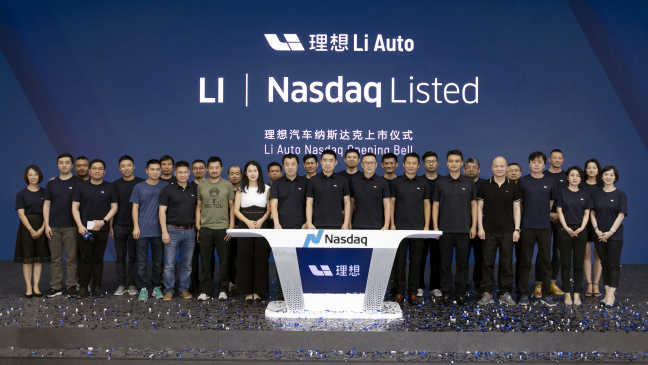 The offering of 95 million American depositary shares (ADS) was priced at $11.50 per share. The stock opened at $15.50 and extended gains to rise as much as $17.50, adding to the growing list of strong debuts this year, Reuters reported.

The $1.1-billion listing is the largest fundraise by a Chinese company on U.S. boards since October 2018, comparable to Tencent Music Entertainment Group's $1.07 billion that December or Li Auto's domestic peer NIO's $1.15-billion IPO offering the same September, according to Refinitiv.

As of June 30, 2020, the company had over 700 sales and service personnel deployed across 21 retail stores, 18 delivery centres, and 17 servicing centres nationwide.

Asia-based private equity firm Hillhouse Capital indicated an interest in purchasing up to $300 million of stock at the offer price, according to its prospectus.

With the completion of the offering, some of the company's existing shareholders also agreed to purchase $380 million in new ordinary shares from Li Auto. These shareholders include Meituan Dianping, which will acquire $300 million worth of shares through an affiliate; Bytedance, the owner of short video app TikTok that planned to buy $30 million; as well as Meituan Dianping's co-founders Wang Xing and Wang Huiwen, who will invest $30 million and $20 million, respectively.

Post the IPO offering, Wang Xing, who has served as a board director of Li Auto since July 2019, will hold a 24 per cent stake in the company, while shares owned by the company founder and CEO Li Xiang will be diluted to 21 per cent from 25.1 per cent. But Li will retain a voting power of 72.7 per cent, compared to Wang at 8.3 per cent.

Li Auto said in the prospectus that it would use most of the proceeds raised for capital expenditures, as well as research and development of new products.

Goldman Sachs, Morgan Stanley, Switzerland-based UBS, and Chinese investment bank CICC were among the underwriters of the deal.