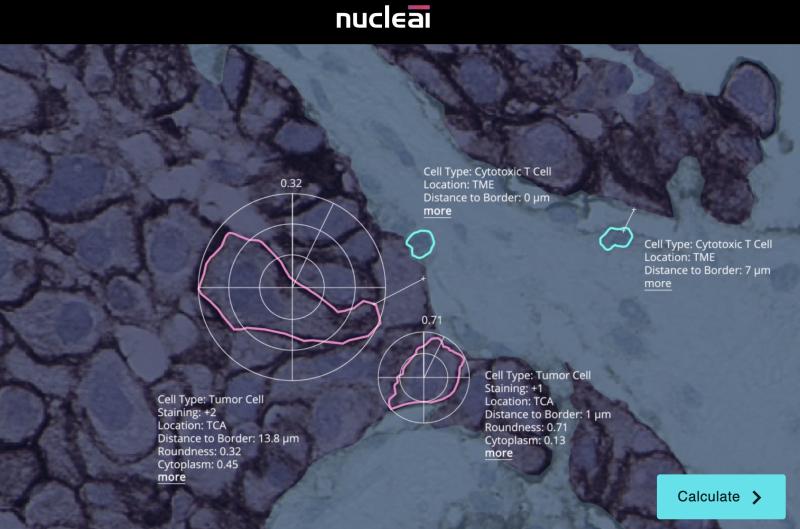 According to one person familiar with the matter who spoke to Calcalist on condition of anonymity, Nuclei intends to raise an additional sum of between $2 million and $3 million to complete the round.

Nucleai's software uses computer vision and machine learning algorithms to predict the progress of cancerous tumors as well as the patient's immune system response in order to determine the most efficient course of treatment. The company intends to use the funding for research and development and for increasing its commercial reach to pharmaceutical and biotech companies.

Nucleai employs 30 people, most of whom are currently working from home due to the coronavirus (Covid-19) crisis, CEO Avi Veidman told Calcalist, adding the company's offices remain open for those who prefer to come in. According to Veidman, this is Debiopharm's first investment in an Israeli company.

As part of the investment agreement, Debiopharm and Nucleai will collaborate on predictive biomarker discovery for drug response and on improving data from clinical trials involving cancer patients.

Nucleai was founded in 2017 by Veidman, Eliron Amir, and Lotan Chorev, all veterans of Israeli military tech units.

Immunotherapy drug treatments were first approved for cancer in 2015, especially for skin cancer and melanoma patients where they have proved most efficient, Vaidman said. "As of now only 20% of people react well to these treatments but we can create a model of the immune system to predict who will react better to which drug," he added.