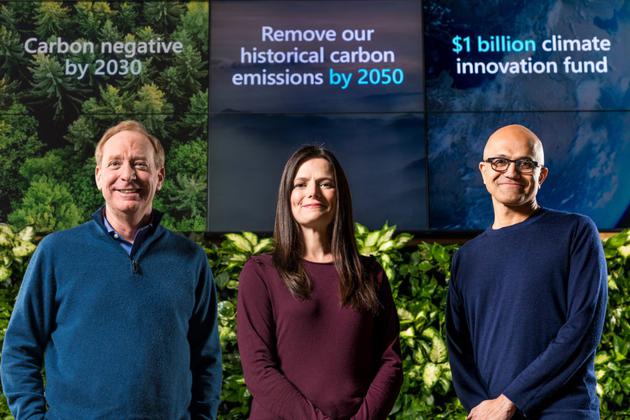 Climate change is becoming a heated topic in tech. Tech giants like Amazon, Apple, and Google have talked about their efforts to become carbon neutral for certain parts of their business, in their datacenters, or in certain countries. Microsoft today made a bold claim: The company has pledged to become carbon negative by 2030. The announcement came at an event titled “Microsoft’s commitment to sustainability.” As part of the push, Microsoft CEO Satya Nadella announced a new $1 billion Climate Innovation Fund “to accelerate the development of carbon reductions and renewable technologies.”