【Exclusive】Why Indian Rummy can be one of the most popular card games in India?
by Anshuman Gandhi 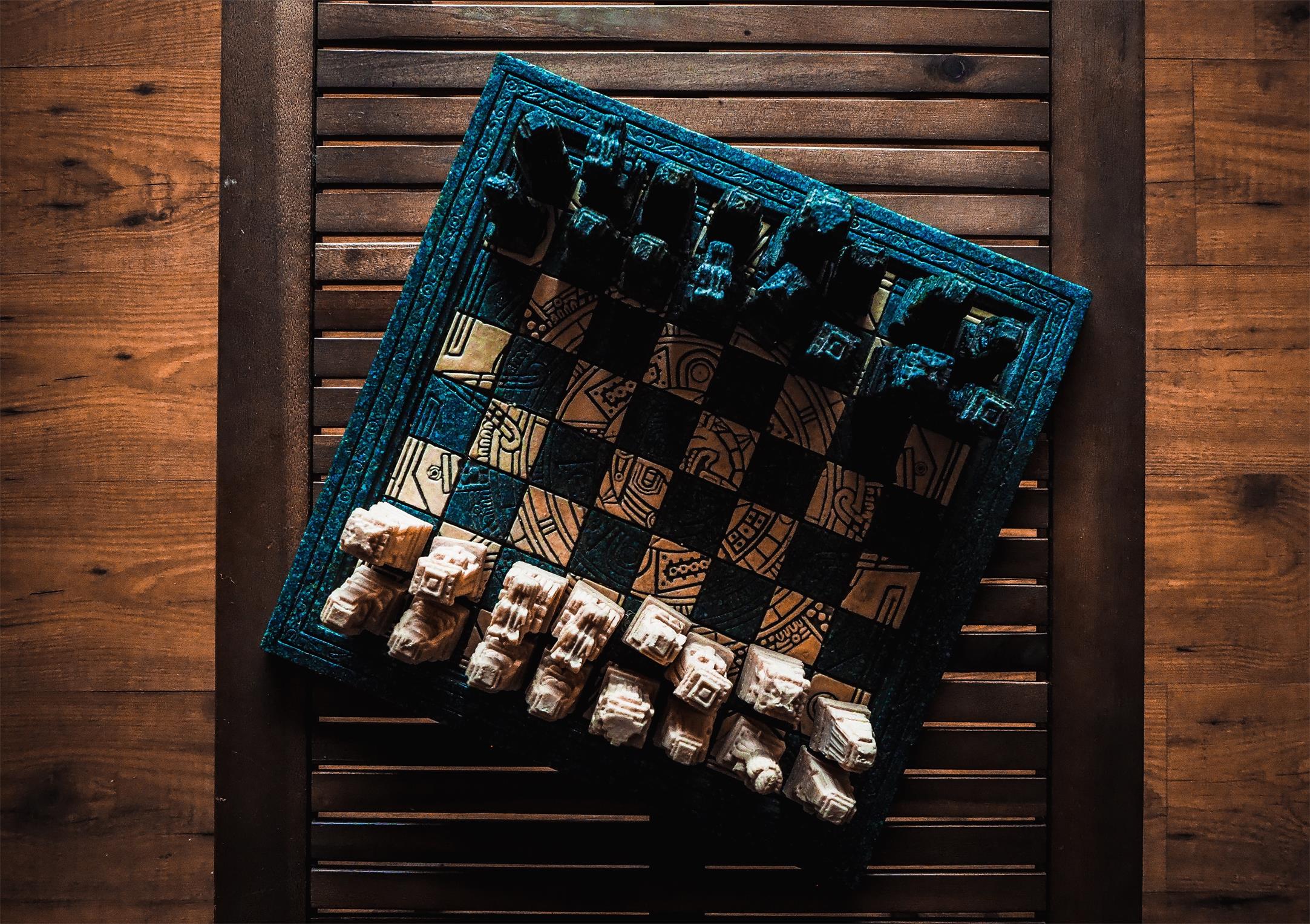 David Parlett one of the most famous and prolific historian, writer and inventor had this to say about Rummy.

“Rummy is deservedly popular because it is easy to learn, fast to play, suitable for all ages, playable by any number, and as suitable for gamblers as for missionaries - though perhaps not both at once.”

With over 25 books written and over 10 card games invented, David Parlett found Rummy as one of the easiest and simplest card game for beginners but also with a heavy dependence on skill and experience. And India and Indians agree with him wholeheartedly with Indian Rummy being one of, if not the most popular card game in the country.

Now Indian Rummy is a version of the Rummy game popular both online and offline. The main difference from the original Rummy game is that in India Rummy, each player is dealt 13 cards each and involves 2-5 players.

After a lot of deliberation and drawn out lawsuits, Indian law has judged Rummy as a largely skill based game and thus a completely legal online game in India. But gambling is a state subject under the Indian constitution. Hence there are a few states where Indian Rummy in certain forms is not legal. If you are a developer and have managed to deal with Google Playstore and Apple App Store guidelines, you will do just fine in India.

The legal clarity on online Rummy Games in India has obviously attracted a lot of attention. Every major card games developer has a Rummy Game on the app store. Let’s talk about a few of them. 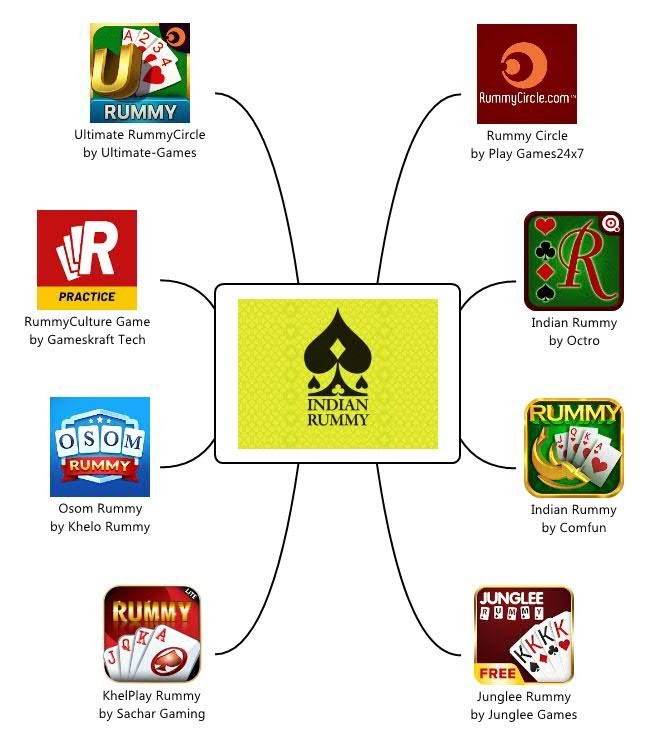 Rummy Circle by Play Games24x7 has been a leader in the Rummy card games category in India for a while now. The game can be played by downloading the app from the Apple App store, downloading the app from the website, or one also has the option of playing the game on the website as well. The high number of user touch points is essential for Rummy games due to app store regulations. Along with Rummy Circle, Junglee Rummy by Junglee Games, KhelPlay Rummy by Sachar Gaming, Rummy Culture by GamesKraft Tech Pvt Ltd among others who also have the app store, direct app downloads and the website where the user can enjoy their games.

Indian Rummy or 13 card Rummy is a game on offer by all major Rummy game app developers for India. 2 or more players can play this with the main difference from other Rummy games is 13 cards are dealt unlike 21 or 12 cards etc as some other Rummy game versions do.

Along with that you have Deals Rummy. Here the game is played with chips. Every player is charged a certain number of points/chips or coins before they can start the game. They can play 2 deals, 3 deals or 6 deals with a single winner at the end who wins everything on the table.

Pool Rummy has 101 and 201 versions where you are supposed to make sure your opponent score more than 101 or 201 points.

Then you have tournaments, promotions during festival season which have rather sizable cash prizes.

Based on our review, Rummy Circle, Junglee Rummy and Rummy Culture were apps which have improved the look and feel of the app as they have progressed into becoming a top ranked app. The overall UI has definitely improved for most of the apps in the list. But there is one very interesting difference. Some apps have chosen to go with vertical design. This could be because of the emphasis on pushing users to the website but ends up with interesting design choices. 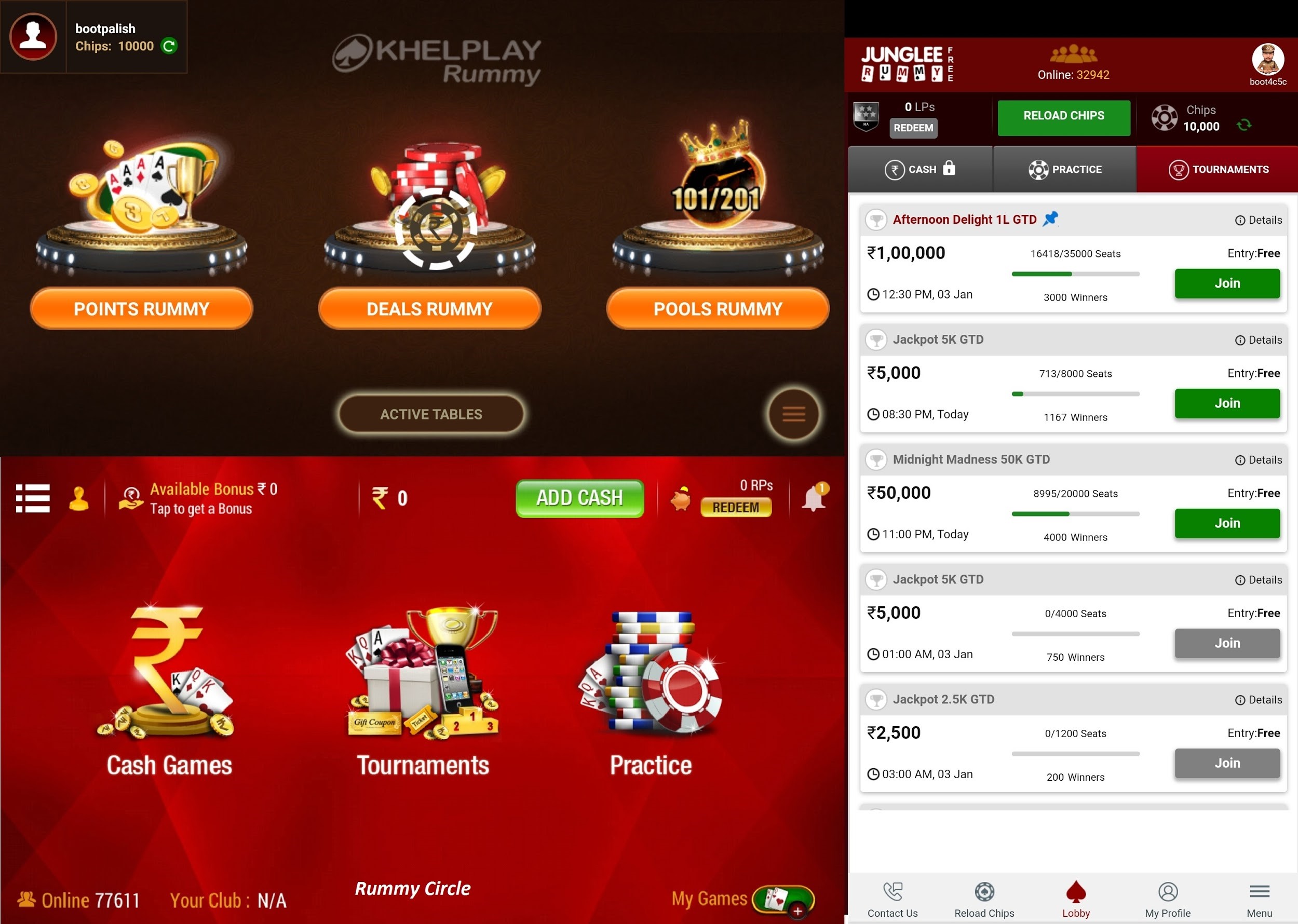 Most of these Rummy Games have good ratings on the Playstore and the Apple App store. However all these apps face the same problem of users whose payments were blocked, money added to the account but does not show etc. Technical issues which definitely need work. Rummy Circle which has the largest user base, also had the largest number of such complaints.

Hence it is recommended to always take screenshots when making payments or withdrawing money from your account. It makes it easier for everyone involved. Junglee Rummy on this front seems to be doing well with a bunch of users who came back to increase their rating of the app on the app store after their issues were resolved.

Rummy Circle has all the options available with the required SSL tech and encryption. Junglee Rummy will divert you to their website for payments as per playstore and apple app store policy. It’s the same case with the rest as well. However transactions on the websites are generally safer and more secure but they definitely require a more stable connection. It’s a problem faced by most when you expand to Tier 2 and beyond markets where network is either poor or you lose connectivity from time to time. Eg Even in major cities like Delhi, there are areas on the metro line where even calls are not possible since it is that deep underground. And failed transactions are a serious cause of trust deficit among users.

Also, There are a few Rummy Gaming associations who also test these platforms and give out certifications to remove any fraud or unfair play. Over and above that, for those games with a sizable number of users, growth is essential to keep revenues up. Thus trust is also extremely important. Hence for an established Rummy game app, customer support tend to be competent.