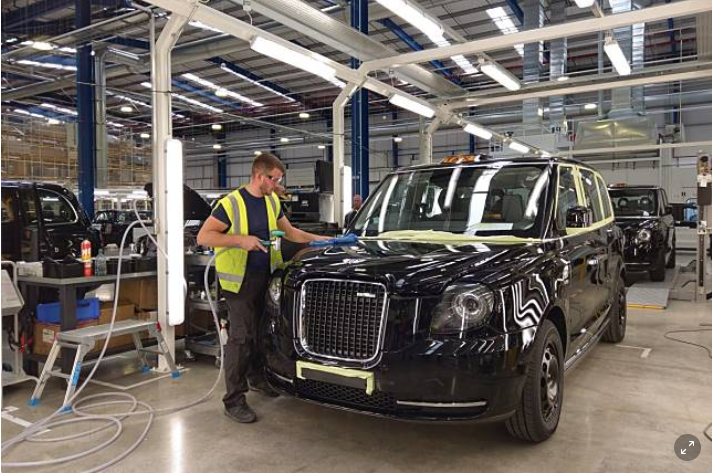 The chauffeur-driven ride-hailing platform of Chinese carmaker Zhejiang Geely kicked off a trial service in Paris on Thursday, its first move into overseas markets as competition at home intensifies.

Caocao Zhuanche said in a post on the company's official WeChat account that it will use The Electric Taxi, a battery-powered vehicle produced by Geely subsidiary London Electric Vehicle Company, to offer services in Paris. Drivers will be required to hold the French licence for chauffeur driven cars, known as VTC, or Voiture de Tourisme avec Chauffeur, and will receive training on security and etiquette.

Each taxi will have umbrellas, data cables and mobile phone holders for use by passengers.

Ride-hailing is the fastest-growing segment of the online mobility services market. In France, user penetration for ride-hailing services is forecast to be 12.3 per cent this year, growing to 16.2 per cent by 2023 when the market will be worth US$2.95 billion, according to market research firm Statista.

Globally, most of the revenue in the ride-hailing industry is generated in China, Statista said, adding that amid the intensely competitive and saturated domestic market, many Chinese companies are eyeing international expansion for future growth.

Didi Chuxing, which became the country's dominant ride-hailing platform after it acquired Uber China in 2016, has expanded aggressively in the international market.

In January 2018, Didi acquired Brazil's ride-hailing leader 99, followed two months later by the launch of ride-hailing services in Mexico. It entered Australia and then Japan via a joint venture with SoftBank, all in the same year. In addition to these markets, Didi currently operates services in Chile, Columbia, and Costa Rica.