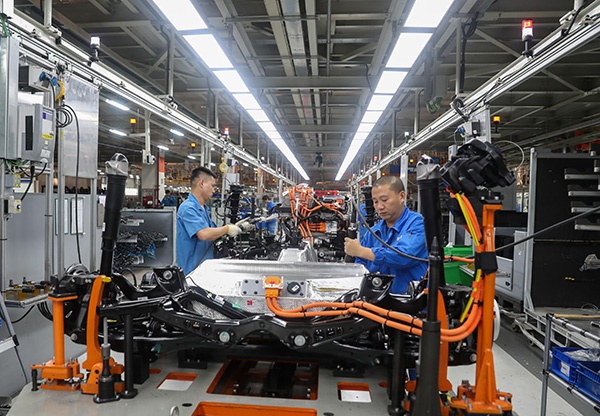 China's Ministry of Commerce officially released the "High quality Development report on China's Automobile Trade," which mentioned that the field of new energy vehicles should speed up the pace of "going out."

Specifically, as a strategic emerging industry in China, the Chinese government has initially established a relatively perfect policy support system in the aspects of popularization and application, fiscal and tax support, scientific and technological innovation, infrastructure, etc., covering the links from research and development, industrialization to the promotion and application of the whole industrial chain, which has effectively promoted the rapid development of China's new energy vehicle industry.

Under the promotion of policy and market, the international competitiveness of China's new energy vehicle products has been significantly enhanced, and it has approached or reached the international level in the fields of battery, energy consumption, endurance and so on. According to the China Association of Automobile Manufacturers, China's export of new energy vehicles increased by 99.3 percent in the first half of 2019 compared with the same period last year.

Among them, BYD and other new energy buses have entered Europe and the United States and other developed countries in batches, as well as Chile, Peru, Brazil and other emerging markets, in 2018 in Europe, new energy bus market share of more than 20%, in the UK market share of more than 60%. Xiamen Jinlong and Zhongtong buses rank first in the market share of Taiwan and South Korea. In addition, Ningde era, precision motor and other new energy auto parts products have entered the procurement list of multinational car enterprises. Ningde era has signed battery supply agreements with a number of multinational companies such as BMW and has become an international first-class supplier of power batteries.