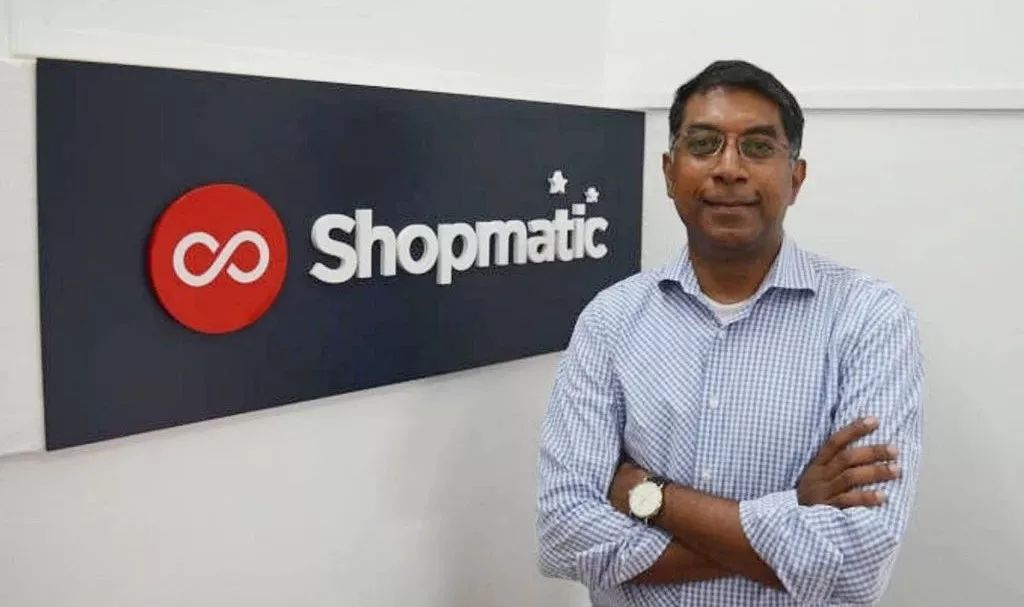 The independent e-commerce service platform Shopify, after last month’s Black Friday, announced that it had created $2.9 billion worth of sales for its global clients, a dramatic year-on-year increase of more than 60%. Ever since Shopify was listed on NASADQ in May 2015, its share price has rocketed to over 10 times its opening price.

Although Shopify mainly targets the European and American markets, its success has inspired e-commerce entrepreneurs in Southeast Asia greatly, and Shopmatic is one of them.

Established in 2014, Shopmatic is an independent e-commerce platform targeting small companies and individual entrepreneurs. Its target clients can build an online shop and distribute their products on the platform several minutes after registration. It can help clients to set a “buy” button on their social media and integrate functions such as payment, data analysis and logistics solution. Shopmatic raised $7.45 million in a series A round funding led by Seed Capital and August One Capital in July this year.

Recently, the co-founder of Shopmatic, Anurag Avula, sat down with Volanews to discuss what opportunities they spot in the emerging market for e-commerce.

With a Focus on the Emerging Market, Shopmatic Has Reaped 280,000 Registered Merchants

Shopmatic was established in 2014 with the support of the Singaporean government. Its three co-founders, Anurag Avula, Kris Chen, and Yen Ti Lim, have rich experiences in the banking industry. They also each worked at PayPal for more than three years.

Their time in the Asia-Pacific region has made them realized the great potential of e-commerce in the emerging market. Anurag Avula stated that: “we found that many SMEs in the Asia-Pacific region hoped to sell their products online. However, they did not have the capacity or money to build their own e-shops. Meanwhile, we noticed that there was no such platform like Shopify. That’s why we founded Shopmatic.”

It turned out that Anurag Avula’s judgement was right. After five years of development, Shopmatic has set up its offices in Singapore, India, Hong Kong, China, Malaysia, the Philippines, and UAE. It has finished three rounds of funding and boasts 280,000 registered shop owners. Its App which was launched in 2016 has been downloaded over 800,000 times and is rated 4.5 out of 5.

When it comes to why they chose to base the company in Singapore, Anurag Avula told Volanews that “we all live in Singapore which is also ideal place for entrepreneurship. Basing in Singapore makes it easier for us to expand to China, India, and Southeast Asia. Also, the Singaporean government strives to support new start-ups with policies and rules that benefit them.”

It is worth noticing that because of its co-founders’ backgrounds in the banking industry, Shopmatic is able to build its comprehensive service capacity and achieve rapid growth through merges and acquisitions while developing its core businesses.

In March this year, Shopmatic acquired 50.1% of the controlling stakes of Octopus, a POS supplier from Singapore. Established in 2012, Octopus provides SMEs with cloud retail management software and POS solutions. The acquisition of the company gives Shopmatic an improved business system in India, the Middle East, Singapore, and Hong Kong. Octopus’s 500,000 clients in China, Malaysia, the Philippines, Siri Lanka, Taiwan, and the US are now incorporated into Shopmatic’s system.

Anurag Avula said: “the merge between us and Octopus has enhanced online and offline coordination. Their solutions to sales can benefit retail, catering, and e-commerce. Our merge brings huge benefits to the merchants of the whole Asia-Pacific region.”

Shopmatic acquired 100% of the stake of CombineSell back in October. CombineSell is a SaaS service provider which integrated the “distribute with a click” function of a number of e-commerce platforms such as Lazada, Shopee, Qoo10, Amazon, eBay, Carousell, Redmar, and Xero. It has generated more than $150 million of GMV in the past 12 months. This acquisition enables Shopmatic’s merchants to sell on multiple platforms more easily and use a single backend to manage their business.

Anurag Avula noted on the latest acquisition that “this will help all the merchants on Shopmatic boost their sales volumes. That is because they can sell on a number of e-commerce platforms in Southeast Asia with a click. Acquiring CombineBell further consolidates our lead in e-commerce service targeting SMEs and individual merchants in the Asia-Pacific region.”

In fact, Shopmatic’s frequent and diverse acquisitions boosts its quarterly transaction total to increase by 160%. Its sales revenue has increased quarter-on-quarter by 174%. As for Shopmatic’s future market, Anurag Avula revealed to Volanews that: “at the moment, India represents the biggest market for us with 75% of our merchants coming from India. Southeast Asia, including Singapore, Malaysia, Thailand, the Philippines, and Indonesia follows next. We will focus on these two markets in the coming 24 months as most of our profits come from them.”

Shopmatic is a team of 149. Although it has yet to make any profits, Anurag Avula hopes that it will have 1 million registered merchants.