【Exclusive | The Next 100Bn Market】Will Chai Point Become India’s Starbucks Where There is an Entrenched Milk Tea Culture?
by Sherry Zhao 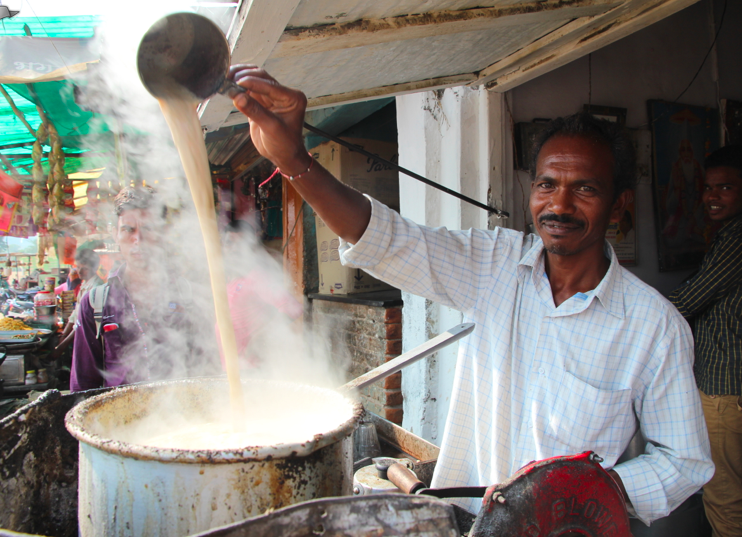 Chatting with a cup of Chai has been a traditional way of life for Indians. In 2013, Chai was officially recognized as the national drink.

According to statistics, 60% of tea drinks are sold in street stands in India. However, Amuleek Singh Bijral, who worked in Microsoft and Dell after graduation from Harvard Business School, is convinced that Indians will not be satisfied with enjoying tea at street stands for long, as urbanization marches rapidly in the country. He predicts India will become a culture where people enjoy their milk tea in stylish milk tea chain stores. 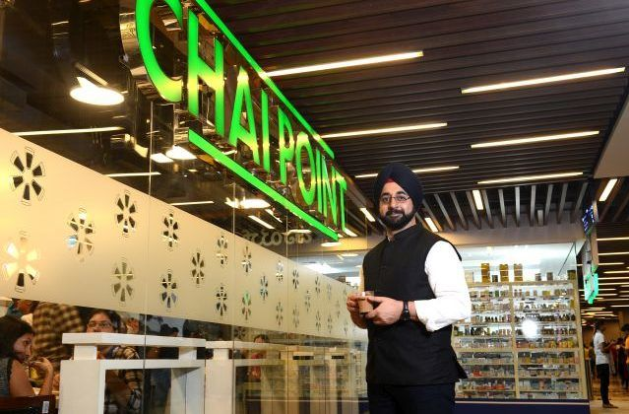 He founded Chai Point in 2010 and started to create the milk tea version of Starbucks in India.

How are Amuleek and Chai Point doing? Volanews sat down with Amuleek during the India Startup Ecosystem Discovery Trip to find out the answers.

Chai Point is a subsidiary of Mountain Trail Foods Pvt Ltd, a brand established by Amuleek. Chai Point opened its first flagship store in Bangalore in April 2010. Apart from opening stores the brand focused on developing a list of enterprising clients at its early stage, which has laid a foundation for its future development.

Chai Point boasted 60 stores by 2015. Equipped with a comfortable environment and Wifi, the majority of the stores are built into a third space like Starbucks where consumers can build a sense of community. There are also mini stores and special stores for over 50 commercial districts and big companies.

Meanwhile, building on the strength of its stores, Chai Point has launched its take-away service to serve individual and SMEs. It has built its self-operated delivery team, Chai-on-Call, and developed paper thermo cups to ensure that milk tea stays hot when it is delivered. Chai Point’s strategy seems to be “branding from store and earning from enterprise clients” at the outset.

Chai Point now has more than 150 brick and mortar stores in over 20 Indian cities. Chai Point has an absolute lead over other Indian chain milk tea brands in its number of stores. Chaayos, a rival established in 2012, had 66 stores in 7 cities by 2019. Tata Starbucks, a joint venture by Starbucks and Tata Group has 145 stores according to figures released in February 2019. 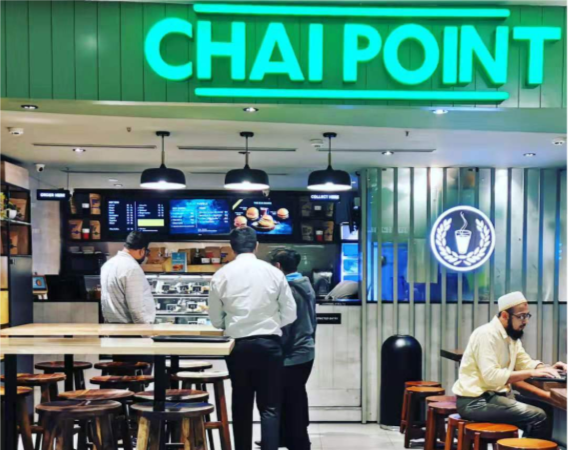 According to the Charu, Chai Point’s marketing director, Chai Point’s daily sales could reach 550,000 cups of drink combining store sales and take-away sale. The best-selling product is Ginger Chai. 8AM to 11AM, and 4PM to 6PM are the peak hours, while Thursdays and Fridays are the busiest days.

Chai Point has reached to a large customer number of white collar workers and enterprises with its stores and take-away service. It regards automatic milk tea machine as the main source of its sales growth in the next phase.

Amuleek believes that Chai Point should be more than just a name that customers think of when they want milk tea. It should become an active part in their lives. Hence, Chai Point started to develop a self-help milk tea machine, BoxC, with which customers can make themselves a cup of Chai immediately. Chai Point raised $20 million in a series C round funding led by ParagonPartner in April 2018. Amuleek announced that the investment will be used on sales, marketing, and the service operation of BoxC. 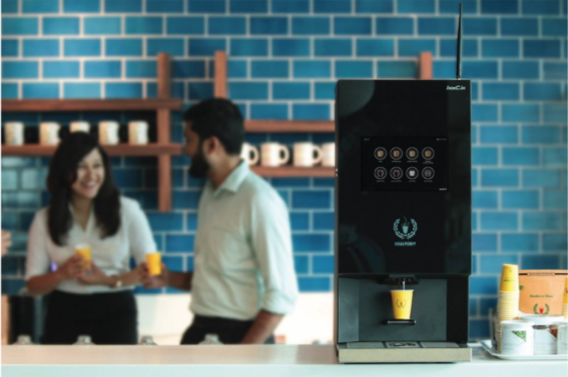 BoxC’s business model is very simple: Chai Point takes a symbolic rent from shopping malls, start-up parks, and big companies. These in turn mainly rely on sales of tea bags and condiments for revenue and profits.

BoxC has around 1700 clients in Pan India with over 3000 machines running. Its monthly revenue stands at around 77-80 million rupees (approximately ￥76.2 million-￥79.2 million). Charu told Volanews that Amazon is the largest client of BoxC. Regular Chai is the best-selling product of BoxC. It sees its peak hours after lunch and 4PM to 6PM. Tuesdays and Wednesdays have the highest sales.

BoxC’s sale revenue has been growing steadily with around 400,000 cups of drinks sold every day, taking up 40% to 45% of Chai Point’s total revenue. 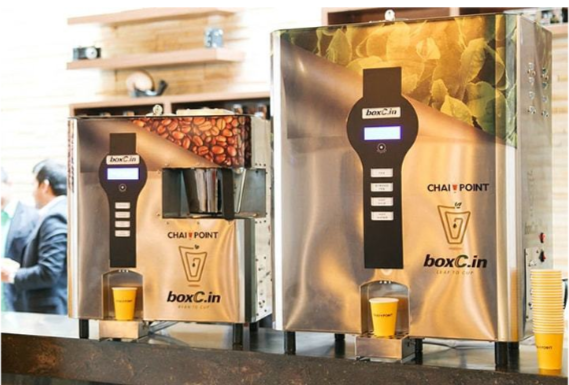 Amuleek noticed that compared to the model of “store + take-away deliver,” self-help machines are a more effective way of making money with lower costs. It is noticeable that Luckin coffee, the coffee brand claim to challenge Startbuck in China, was said to be planning to launch its self-help coffee machine Ruijigou in June this year. Hey Tea has launched tea pick up machines called “Quchagui” where tea drinks are kept hot until they are picked up.

From a Tea Drink Brand to a Big Data Company?

Amuleek stressed that Chai Point was more than just a tea drink brand, it was a tech company driven by data and technology. After all, he had held technological positions during his days at Microsoft and Dell.

Charu revealed to Volanews that, Chai Point discovered from the sales data of BoxC provided by FOUNTAIN that it has worked the best in companies or organizations with more 150 employees. To further server more small-scale enterprises, Chai Point is developing a smaller self-help milk tea machine which can also provide bespoke drinks.

In Amuleek’s plan, FOUNTAIN will become a software integrating various managerial needs of the catering industry including management of warehousing, logistics, and POS ordering. This will not only give Chai Point more space to expand its business but also provide it with strong data support. Meanwhile, it can provide other companies in the industry with SAAS services.