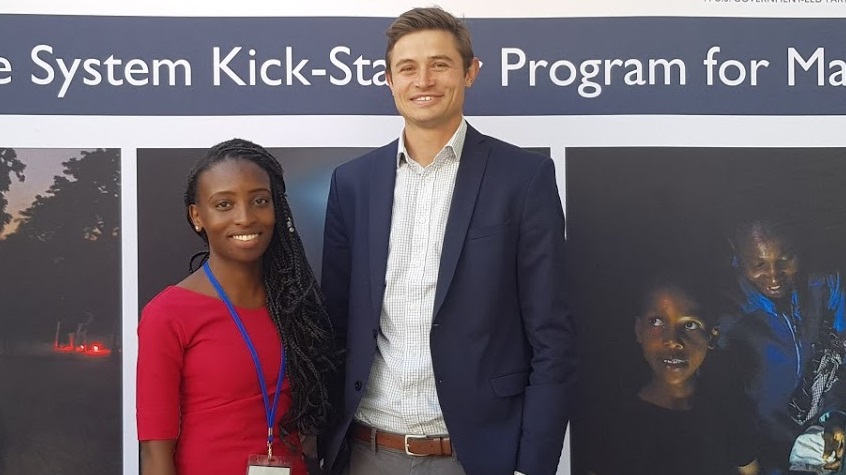 SA startup Yellow may just have closed a $725 000 raise from local and international investors, but the two-year-old company which sells pay-as-you-go solar-power devices to African households, almost shut its doors until a tech platform the founders designed helped save the business.

“We gained almost no traction at all and after a year of leaving our jobs came close to shutting the business down,” co-founder Michael Heyink (pictured above with Yellow staff member Cynthia Makunganya) told Ventureburn, following the conclusion of the round which involved a local private equity company and a syndicate of local and US angel investors.

Both the private equity firm, and those that took part in the syndicate of angel investors that involved South Africans and a New York based investor declined to be named.

The deal was signed in May, but only went through earlier this month, because of the paperwork involved. It follows a €2-million loan the startup raised from Swedish crowdfunding platform Trine and a $1-million grant from USAID. Both agreements were concluded earlier this year.

It was while working at a Johannesburg based private equity firm Metier, which finances a number of energy deals on the continent, that Heyink saw the opportunity to start a business providing pay-as-you-go solar power to African households.