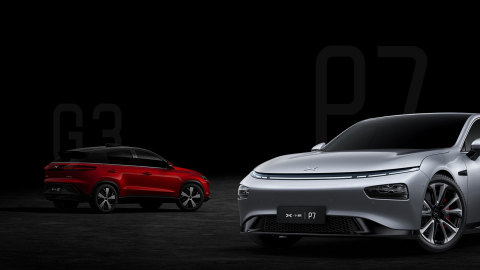 Xpeng Motors today announced the signing of its Series C capital funding of US$400 million from a group of strategic and institutional investors, bringing together an unparalleled combination of corporate and individual investors, as well as renowned private equity firms. The company announced that Xiaomi Corporation, a global leader in the technology and consumer electronics sector, will join as a strategy investor.

“The signing of the new fundraising, which not only attracted new strategic investors such as Xiaomi Corporation but also received strong support from many of our current shareholders, is a renewed endorsement of our long-term strategy, execution capability and prudent business model,” said Mr. He Xiaopeng, Chairman and CEO of Xpeng Motors, who also participated in the Series C round.

Xpeng Motors achieved numerous milestones this year. The company premiered its 2nd production model, the P7 sedan in April, rolled out the 10,000th unit of its first production model the G3 2019 smart SUV in June, and in July it released the enhanced version, the G3 2020 with a 520km NEDC driving range. Also in July, the G3 obtained the highest total score of 92.2% among electric vehicles in the latest China New Car Assessment Program (C-NCAP) safety test.