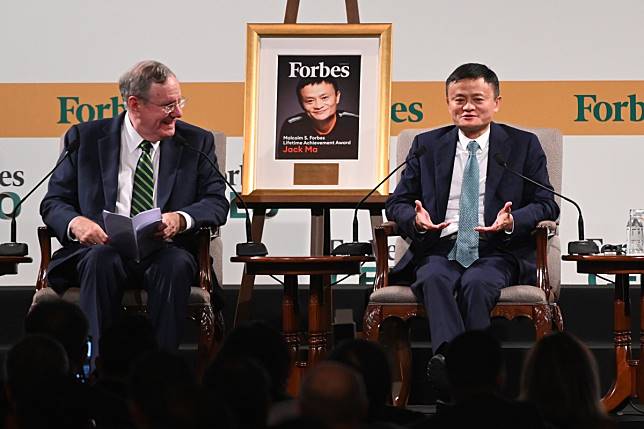 Steve Forbes, chairman of Forbes media group and editor in chief of Forbes, praised Jack Ma in the award speech, not only is it our era, but also one of the greatest entrepreneurs in the world. According to Forbes, Jack Ma not only created Alibaba as a great company, but also led the development of small and micro enterprises in China and the world. He is one of the most influential people in our era.

In the conversation that followed, Steve Forbes told Jack Ma, I think you can win the Nobel Prize for your original intention and achievements in starting a business!

As the most influential business magazine in the world, Forbes established the Malcolm Forbes Lifetime Achievement Award in 2006 to recognize the lifetime achievements of outstanding entrepreneurs. The award, named after the late chairman of Forbes group, represents the highest recognition of the Forbes family and group for their entrepreneurial achievements and entrepreneurship. Since its establishment 13 years ago, only seven entrepreneurs in the world have won awards. Jack Ma is the first and only winner from the field of Internet technology.