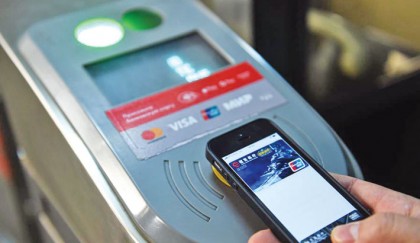 MOSCOW - People can pass fare gates at 150 Moscow metro stations from Friday by swiping a China UnionPay card with the "QuickPass" signage or a phone connected to such a card and capable of contactless payment.

This is the first time that contactless payment using China UnionPay cards had been applied to foreign subways.

The service provided by UnionPay International, Russia's VTB bank and the Moscow Metro will be expanded to all subway stations at the end of this year or at the beginning of next year.

Chinese tourists made nearly two million trips to Russia in 2018, and so far, 16 Russian financial institutions have issued more than 2.5 million UnionPay cards.