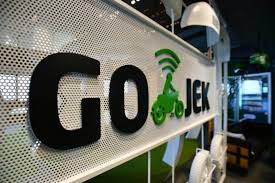 Go-Jek has raised an undisclosed sum in additional funding towards its ongoing Series F round from Thailand’s Siam Commercial Bank (SCB), says a DailySocial report.

The SCB stake is majority-owned by Thailand’s King Vajiralongkorn since 2016.

Just a few days ago, three Mitsubishi’s entities invested in the unicorn, adding to the company’s target of raising US$3 billion in this round.

There has been a track of investor competitions among the two ride-hailing rivals, with automotive companies investing in ride-hailing startups, from Hyundai and Yamaha Motor investing in Grab, to Mitsubishi Motor participating in Go-Jek’s Series F round. The same echoes for banking sectors, with Kasikornbank — a Bangkok-based bank– investing in Grab’s Series H round, and now with Siam Bank to Go-Jek.

It is estimated that Go-Jek’s Series F round has totalled US$1.6 billion, valued the unicorn at US$10 billion.