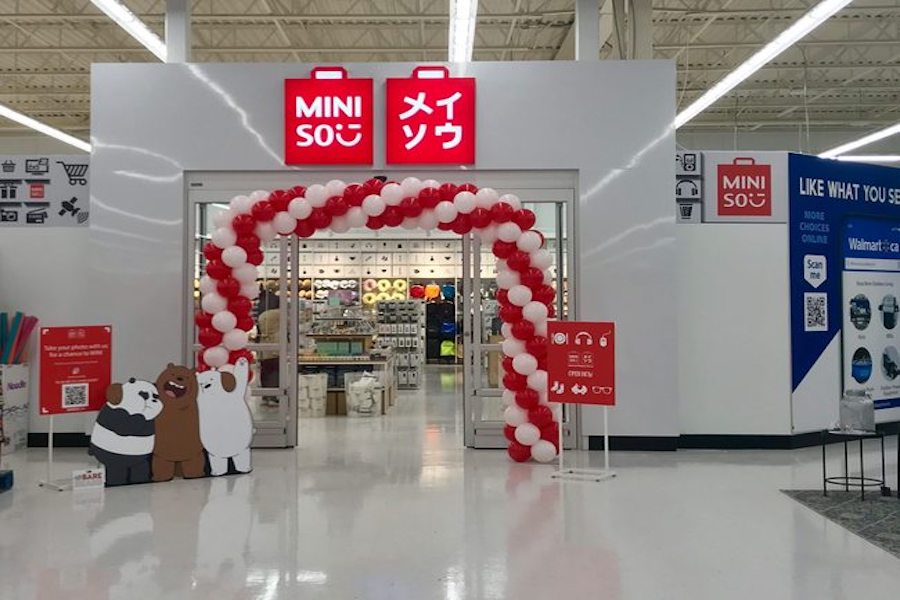 Miniso is teaming up with Walmart Canada for a new partnership that will bring permanent Miniso concept stores to the nationwide chain.

The first concept store was unveiled on Wednesday at the Toronto-Stockyards Walmart Supercentre with more locations across Walmart stores in Ontario and British Columbia expected to open before the end of the year.

The value-priced retailer is often referred to as a variety store and offers high quality fashion at low prices, along with a variety of household and consumer goods that include cosmetics, stationery, toys and kitchenware.

Miniso entered Canada in April 2017 with ambitious expansion plans. It opened its first store in Vancouver and now operates close to 50 stores in the provinces of British Columbia, Alberta, Ontario, Quebec and Nova Scotia.