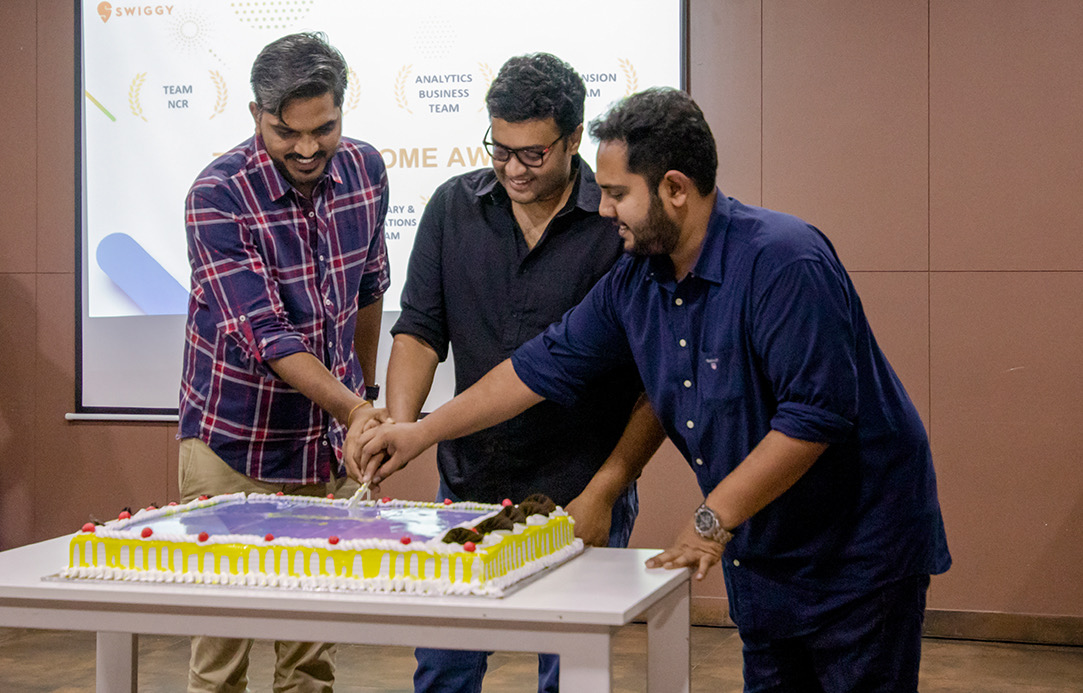 Indian foodtech major, Swiggy is in the final stages to close $800 million in funding, in its Series J round of financing, with investors Falcon Edge Capital, Amansa Capital, Think Investments, Carmignac and Goldman Sachs joining as new investors, according to an internal memo sent by company founder Sriharsha Majety to employees.

The fundraise will likely value the foodtech firm at over $4.9 billion, a jump from its previous ascribed valuation of $3.6 billion in 2020, according to an individual aware of the fundraise talks.

The person added that sovereign funds including Singapore-based GIC Private Ltd. and Qatar Investment Authority (QIA) are also expected to participate in the ongoing round at a later stage, following which the company is expected to close the fundraise.

Participation from QIA and GIC Singapore may bump the overall investment in the foodtech firm to almost $1 billion, said the person.

Existing investors Accel and Prosus–previously Naspers–will also be participating in this round, the internal memo said.

“The fundraise was also very heavily oversubscribed given the very positive investor sentiment towards Swiggy...This fundraise gives us a lot more firepower than the planned investment for our current business lines. Given our unfettered ambition though, we will continue to seed/experiment new offerings for the future that may be ready for investment later. We will just need to now relentlessly invent and execute over the next few years to build an enduring iconic company out of India,” said Majety in the note to employees.

The current financing may flow through multiple tranches, according to a second person aware of the discussions.

“The next 10-15 years offer a once-in-a-lifetime opportunity for companies like Swiggy as the Indian middle class expands and our target segment for convenience grows to 500M (million) users over the period. Even globally now everyone acknowledges the TAM (total addressable market) for the food delivery category and how it is still very very early in India,” read the internal memo.

“Swiggy hasn’t closed the round yet, since there might be additional interest from QIA and GIC Singapore. The funding comes as a much-needed relief for Swiggy, which on one end has been battling from the impact of the pandemic, and the other has seen rival Zomato shore up funds. This new fund infusion will keep Swiggy in good stead, as the total fund raise may hit $1 billion in value,” said the first person quoted about.

The fundraise comes at a time when India’s foodtech industry has been showing signs of having recovered from the impact of the pandemic.

With significant hit to operations, between April and May last year, the company has been looking to boost its revenues by revamping its subscription service, Swiggy SUPER. It has also diversified its offerings from food to daily groceries now, through the launch of its ‘Instamart’ service in select geographies.

Rival, Zomato, which is looking to launch its public offering in June, raised close to $910 million recently, at a valuation of $5.4 billion.

Over the course of the last year, Swiggy also launched new offerings including ‘Health Hub’ for calorie-conscious customers and began home deliveries for gourmet stores.

Swiggy had raised close to $158 million, as a part of its Series I round, in April last year, which saw participation from Prosus NV, Tencent, Meituan Dianping, Ark Impact, Korea Investment Partners, amongst others.